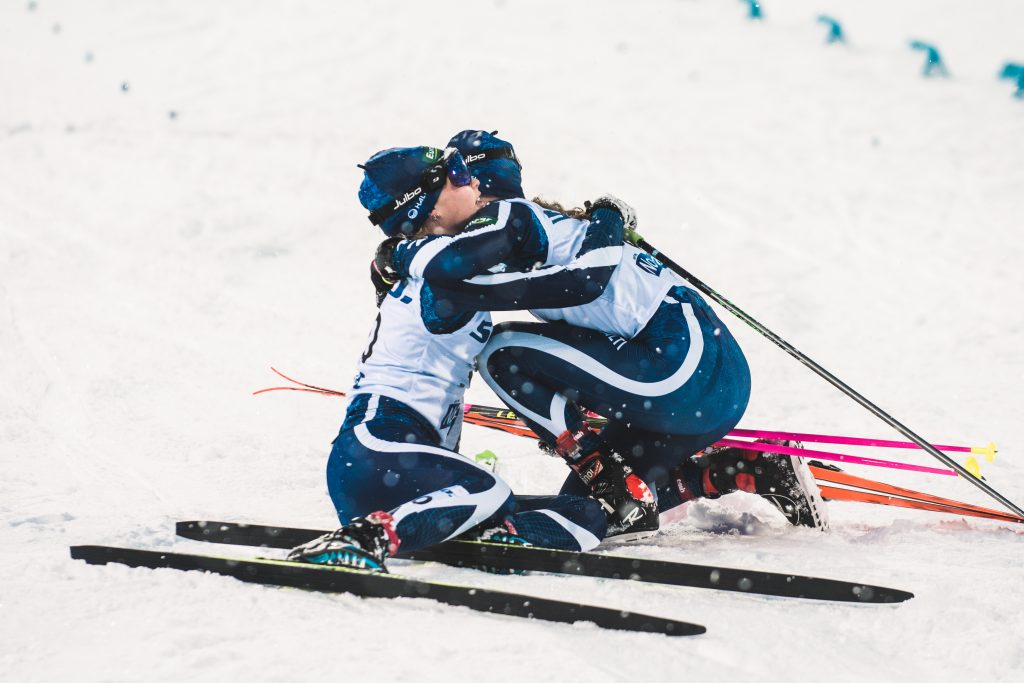 The theme song of European Youth Olympic Festival 2021 called “Long in to the Night” will be published on Saturday, February 13th, 2021. The song will be available in Spotify, iTunes, and in EYOF 2021 Youtube channel. The theme song highlights the values of the upcoming event: The youth are the future. At the same time, the song fires up the vibes for the upcoming multisport event targeted at the best European young athletes.

“I believe, the message of this song is obvious: always believe in yourself and in your own dreams. Moreover, the song encourages to act upon the olympic spirit and cherish the values of friendship, fair game and tolerance”, describes the lyricist Heikki Mäkäräinen. Mäkäräinen is a Kajaani-born actor and artist, who has previously been seen in The Voice of Finland singing contest.

The song “Long in to the Night” is electric pop with flavours of Finnish gut and rap lyrics. The song is composed and produced by Ujo Sanchez aka Samuli Kivelä. Kivelä makes music under an artist name Mechanic Membrane.

“The purpose of this international multisport event is to encourage kids and youth into sports and active lifestyle as hobbyists and sport club actives”, say Marita Kaipainen, who is the Secretary General of EYOF 2021. “If the younger generation finds their spark into sport through massive event such as EYOF and its communality, that would be brilliant”, Kaipainen adds.

The upcoming event in Vuokatti is the 15th in the history of European Youth Olympic Festival’s winter editions. The young atheletes competing in this event are born during the years 2003-2006 representing the very best of their age group. Over 2000 participants from 48 European countries are expected to this multisport event.

European Youth Olympic Festival (EYOF) was created by the European Olympic Comittee. It operates under the protection of the International Olympic Comittee. The event in Finland takes place in Vuokatti, in December 11-18, 2021. In Finland, the event is protected by the president Sauli Niinistö.

Here you can find the live streaming of EYOF 2022.